After floating under the radar throughout most of the regular season, fifth placed Eastwood upset Easts and then Norths to book a spot in this year's grand final, where they fell just short against Gordon.

Some would argue the Woodies overachieved this year, after losing a number of players from the previous year, but coach Ben Batger disagrees and thinks this year is only just the beginning of a new era at Eastwood.

"It’s a difficult one to look back on because it was such a great season but when you lose a grand final, you always end up with a bitter taste in your mouth and the fact that we had a chance to win that grand final makes it even tougher," Batger said.

"All in all, it was a great season though and if I was a school teaching giving it a grade, I’d give it an A. Winning the grand final would have made it an A+ but unfortunately we weren’t able to do that.

"I said from the start of the season that I thought it would take a bit of time to build and to play our best rugby. We lost 10 guys from last years semi final team so we virtually had to build a team from scratch and it always takes time to build combinations and cohesion.

"I was hoping we would come good through rounds six to 10 and then peak come finals time and I think we went pretty close to doing that. 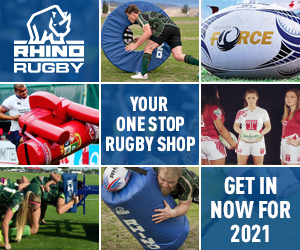 "There’s a perception that the wet weather during the finals suited our game but I don’t really agree with that.

Subscribe to continue reading or start your 7 day free trial!

Premier Rugby: Round 15 Wrap Up

Shute Shield: Round 18 Wrap Up

Norths keeping the foot on the pedal on eve of finals